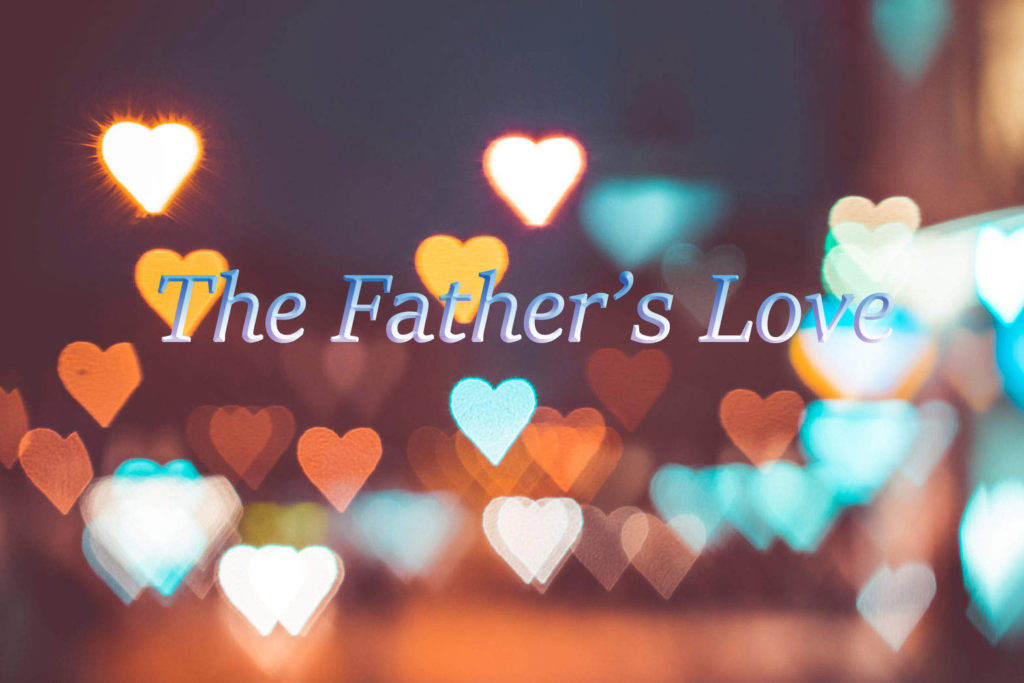 This is a most unusual story. One of my class assignments last semester was to write a letter to a friend as part of an online course I was taking on inner healing.  I didn’t know who I would write to or what I would write or what to expect from such an assignment, but I needed to come up with someone in short order because my assignment was due in 4-days.

Sunday morning during my quiet time, as I was thinking about my friend (whom I will refer to as Sam for the purpose of anonymity), the Holy Spirit spoke to me “Bill, Sam is dying.”  Surely not! I thought. I listened again, and the Holy Spirit repeated a couple more times, “Sam is dying.” So, I immediately called Sam, but there was no answer.  I left a message.

Later that day, not Sam, but his daughter returned my call. She informed me that Sam was in the hospital and that they did not know what was wrong with him, he had collapsed 5 times over the last couple of days before being admitted. His prognosis looked grim. Peggy and I decided we would go and visit him on Tuesday.  It was at that moment that I knew God wanted me to write my “Letter to a Friend” to Sam.

Tuesday, we started our drive to Greenwich Hospital with my letter in hand.  During the last 10-minutes of our 2-hour drive, his wife Mary called and said that Sam had just “expired.” What do we do now?  Do we go back home after traveling this far? Do we minister to his wife instead? My assignment was to write a letter to a friend, and now Sam was dead! I thought to myself, “there are no guidelines for reading my class assignment to someone who is deceased.”

What next?  Instead of chickening out and driving back home, Peggy and I decided to go to the hospital anyway. Upon arriving, I thought to myself “why am I here?” What am I doing this for? Is it just to fulfill an assignment?

Third floor, please. The elevator doors opened, and we timidly walked the hallway towards Sam’s hospital room. Then, looking to Peggy, I sought eye contact and desperately wanted confirmation if I was to read my letter to Sam or just hand it to his wife. I felt very uncomfortable, to say the least. Peggy, however, assured me it was okay to ask Mary’s permission to read my letter to him. “I think we are here for a purpose.”

Outside of the room, we greeted Mary with a hug and our condolences.  I explained my desire to share a letter I had written to my friend. Sensing my compassion and burden for Sam, she granted me permission, recognizing that Sam and I had a special Godly relationship.

We entered the room. Mary stood near the foot of Sam’s bed while her brother stood some distance off but within earshot. Sam’s skin was a light shade of yellow and ashen, his mouth open, eyes nearly shut, all signs of life gone. Sam had not officially been pronounced dead yet, although it was quite noticeable. His body lay lifeless for more than 20 to 30 minutes before our arrival.

With Peggy on one side of the bed and me on the other, I read my “Letter to a Friend.” I was saddened and tearful as I read my letter to Sam. There were times when I hesitated, my voice breaking. I knew Mary was also listening, and I could see her tearing up. My heart went out to her as I read, and my thoughts were that perhaps, Sam was also hearing me read it to him.

After I read the letter to Sam, Mary left Sam’s bedside. Peggy and I then both laid hands on Sam and began ministering quietly to him. We both felt a strong anointing come upon us to speak life back into Sam.  Jumpin’ jitters, I’ve never prayed before for someone who has died. COURAGE just took on a whole new meaning for me.

At that moment we both saw and felt Sam’s body shudder; his arm jerked under the light touch of my hand on his arm. Peggy and I both looked at each other. “Did you see what I just saw?” My expectations were now elevated. I truly wanted to see more. I wanted to see “Lazarus” raised from the dead. But as we continued to listen and pray, I distinctively heard the Holy Spirit say to me – “let him go.”  After a couple of more times hearing the Holy Spirit say to me “let him go,” I looked up at Peggy in resignation, and said, “let him go.”

We spoke with Sam’s wife afterward in the hallway.  She shared with us that Sam’s parents had divorced, and his mother never allowed him to contact his father. She went on to say that Sam’s father died of a broken heart having never been allowed to speak with his son Sam again. On Sam’s deathbed, the Holy Spirit was leading us to pray the FATHER’S LOVE into Sam, over and over, saying that Sam is a good son. “Your Father loves you.”

It all made sense now! Isn’t it wonderful to know that God is still in the restoration business? Even on his deathbed, God was still ministering to Sam, to a place that was an unresolved emotional wound in his heart.

The timing was perfect, even to the point where Peggy had to make a rest stop just before we got the call from Mary. Had we arrived any earlier we would have run into their priest, and I don’t think I would have had the courage to pray as freely as I did. It would have been awkward. Had I arrived after the physician officially pronounced Sam dead, we may not have had the opportunity to pray for Sam.

We said our condolences and moved towards the elevators, and we marveled at the FATHER’s LOVE and desire to love us into eternity.