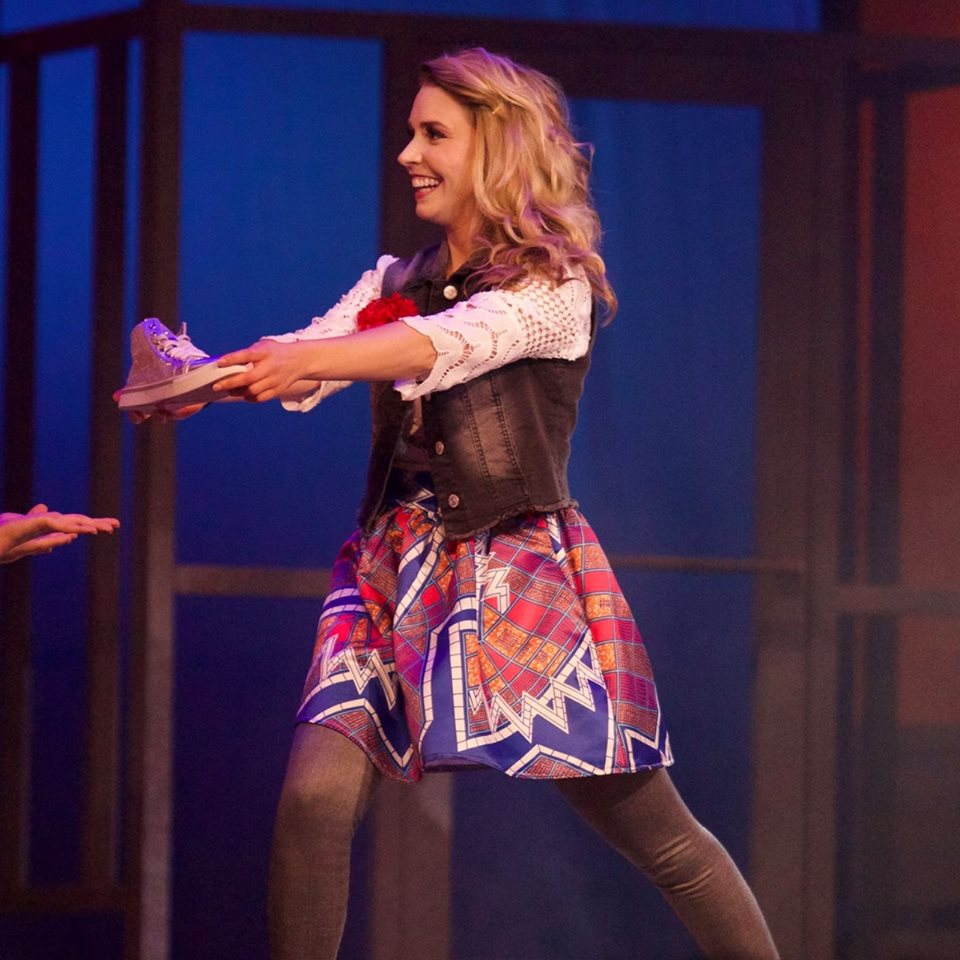 “Examine yourselves whether you are in the faith; test yourselves. Or do you not recognize yourselves that Jesus Christ is in you, unless you are unapproved?” (2 Cor. 13:5, Berean Literal Bible)

Not all of you are musicians, actors or professional speakers, but as a Christian, you are always on stage. You don’t have to step out from behind the curtain to be in front of an audience. Whether you like it or not, you are already there, and people are always judging you and evaluating Jesus Christ as they see him in you.  Therefore, examine yourselves to see if your faith which you profess is genuine.

Do you ask yourself if you are careless with the truth?

Do you teach one thing and live another?

Are you prone to breaking promises?

Are you more eager to talk about Christ than to live for Him?

Are you following Christ’s example?

Your performance may not always be warmly accepted or received with applause from your peers, but “if you are living what you profess to believe, if Jesus Christ is filling your life with His presence and power, you will not only honor your blessed Lord but also gain the kind of respect that is eminently worth having.”[1]

A performance worthy of applause requires that day in and day out, Jesus Christ is lived with you and within you. 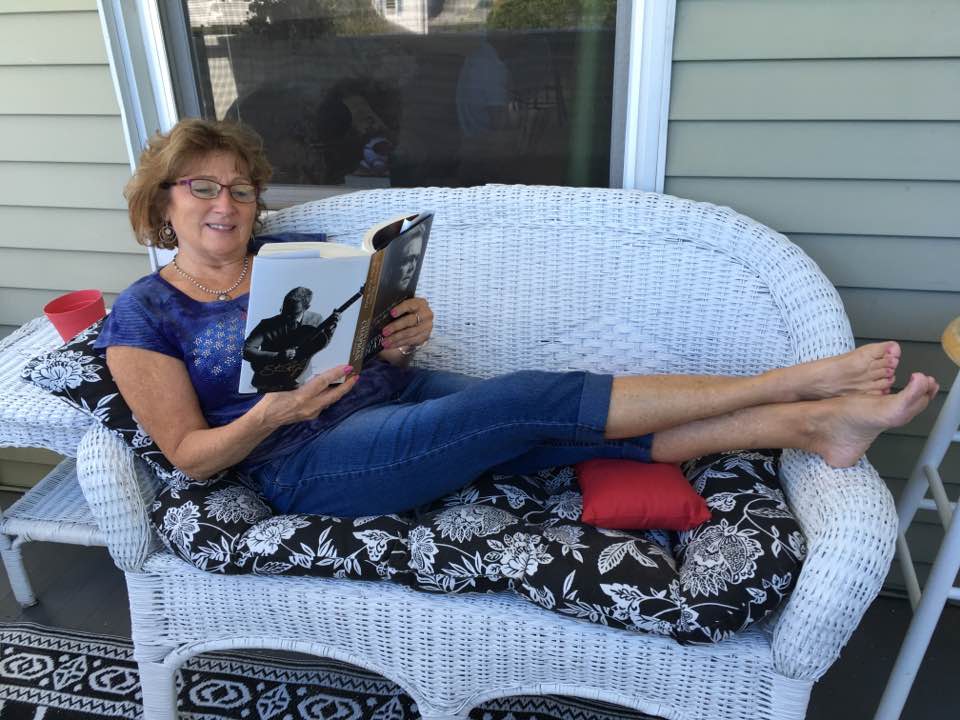 That’s me on my porch

(By: Cheryl Newland) I had a God-incidence that left quite an impression on me. I was making dinner for my husband. At the time we lived in a second-floor apartment of a nice older home with a large front porch. It was a lovely summer evening, and I decided to sit on the porch awhile waiting for him to arrive from work and left my dinner baking in the oven.

A little elderly lady was walking by, and we spoke. I invited her to sit with me on the porch as she looked rather tired. She did and as we talked she commented several times on how wonderful my dinner smelled. Her name was Mary, and I began to think that Mary must be awfully hungry, so I asked her to stay for dinner, all the while wondering what my husband would think about a stranger being in our home.
Thankfully, he didn’t seem to mind!

After dinner, Mary helped me clear the dishes and kept commenting on all my nice left overs. I got the hint so I asked her if she would like to take some home. She said yes so I packed them into a large plastic container and Mary left.

I was curious about Mary since all she had said was she lived nearby. I asked many people in the neighborhood, and no one had ever seen her. I continued to search for Mary but had no luck.

One day several weeks later, I came home to find my container washed and on my front porch. Again, no one had seen Mary.

In Hebrews 13:2 the Lord says, “Do not forget to entertain strangers, for by so doing some have unwittingly entertained angels.” I believe I was able to entertain an angel that night! 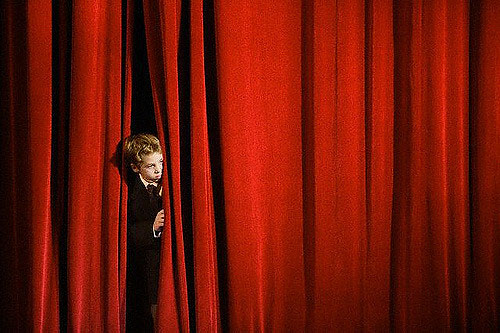 As I looked out from behind the stage curtain, I could see that the performance hall which accommodated nearly 2,000 people was packed, and on stage were seated many keynote speakers. I had been asked to speak on behalf of Chi Alpha and InterVarsity Christian Fellowship campus ministries while a student in college.

As a musician, I have experienced normal anxiety before going out on stage.  Typical thoughts go through your head such as “Can they see how nervous I am? I think my face is getting red.”  “What if I blow it? I think I’ll die if I make a mistake.”  “What if I lose my place in my music?  Will I have to start over again? That would be embarrassing.”  “What if I get dry mouth?”  “What if I cannot stay focused? …. I AM JUST SO NERVOUS!”

Over the years, however, I have learned a lot about overcoming nerves as I gained confidence as a player, but in this instance, my stage fright was directly proportional to my lack of speaking skills, lack of faith, and I was just plain old SCARED.  I guess I felt as Moses had when he pleaded with the Lord to excuse him from his calling.  “O Lord, I’m not very good with words. I never have been, and I’m not now, even though you have spoken to me. I get tongue-tied, and my words get tangled” (Exodus 4:10, NLT).

As I anxiously waited behind the stage curtain, I was approached by someone backstage.  “Would you pray for me?” he asked. I didn’t have to ask him what he wanted me to pray for, for one of his eyes was immensely swollen and closed shut. He explained that he had been stung by a bee.

All things are possible through prayer.

“And the prayer of faith shall save the sick …” (James 5:15).  Most people think that you must have lots of faith to heal the sick, yet, it was not my faith, but heaven interceding on my behalf to create faith in me for which I was lacking.

As I put my hand on his shoulder, I began to pray.  I did not close my eyes or bow my head in prayer but instead watched as all swelling over his eye disappeared.

PEACE I LEAVE WITH YOU; MY PEACE I GIVE TO YOU[1]

I was now pumped, and couldn’t wait to step out on the stage.  You see, I was a new Christian, and had never witnessed God’s healing power in this way before, and so I was, as you would expect, awed by God’s healing miracle; and all of a sudden, all fear of presenting in front of a large audience left me.

As I stepped out through the curtain on to the stage, I felt a surge of energy go through me, and an outpouring of the Holy Spirit. I was jumping within and at the same time completely at peace. And as I began to speak, I detoured from my planned presentation to start by telling the audience about God’s miraculous healing of the person backstage.

My excitement was contagious, for the audience rose to their feet with arms outstretched and with cheers and clapping. I almost forgot why I was there to speak in the first place.  And as I went on and on about how this individual came to me and was healed, one of the keynote speakers looked at me, tapping his wrist as if to say, “it’s time to get on with your presentation now.”

I don’t believe that this incident was coincidental, rather it was orchestrated. Such orchestration you may have heard referred to as a God thing, a God wink, a touch from heaven, or God-incidence. It was orchestrated to strengthen my faith.

It is interesting also that I didn’t see this person again afterward.  Where did he come from?  What was he doing backstage?  Why was he not out in the audience?