Google’s illustration yesterday kicked off Christmas Eve 2013 with a bucolic scene of a couple in a horse-drawn sleigh making their way through a snowy, winter wonderland.  It was their 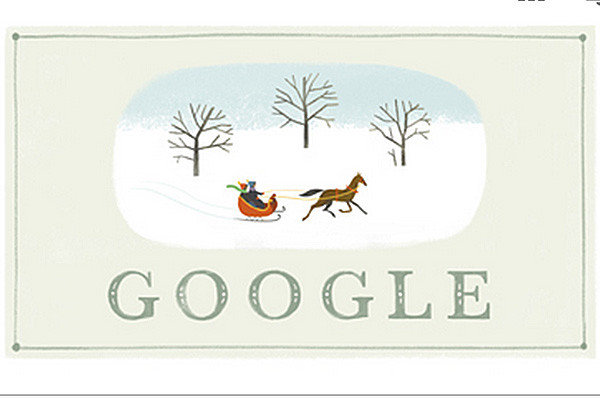 way of avoiding a “war on Christmas rumpus”.  If you hovered over the image with your mouse, the caption said “Happy Holidays from Google”.  If you clicked on it, it brought up a “Happy Holidays” search.

I grew up wishing all a Merry Christmas and going door-to-door singing Christmas carols and celebrating Christmas in public school, however, as a nation today, for many it has become politically incorrect to wish others a Merry Christmas for fear of offending them if they are of a different persuasion.  Many public schools today celebrate a holiday break from school now rather than a Christmas recess.  In today’s news, a military diversity training officer instructed a group of U.S. soldiers at Camp Shelby, Miss., not to use the word ‘Christmas,’ according to Fox News.    “They’re treating Christmas like it’s pornography. As a matter of fact, the Army actually treats pornography better than it does Christmas”.    In fact, some organizations have gone so far as to label some Christian organizations as extremist hate groups.  How is it that “Men and women of faith – who have served the Army faithfully for centuries – have been likened to those who regularly threaten the peace and security of the United States,” said Ron Crews, executive director of the Chaplain Alliance“?  On the contrary, Christ did not come to spread hate, but to spread love and joy.  It is a time of celebration, a time to rejoice in the birth of our savior Jesus Christ. 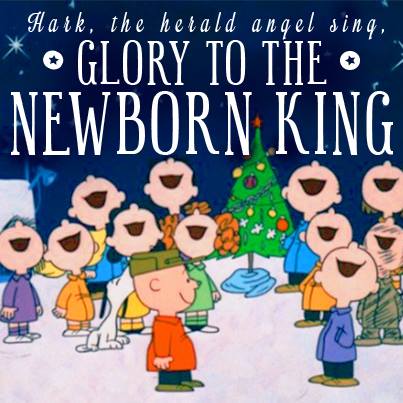 Luke 2:7 “And she gave birth to her firstborn son and wrapped him in swaddling cloths and laid him in a manger, because there was no place for them in the inn.”

Isaiah 9:6 “For to us a child is born, to us a son is given, and the government will be on his shoulders. And he will be called Wonderful Counselor, Mighty God, Everlasting Father, Prince of Peace.”

Let’s pray for our nation, that we might continue to have the freedom to worship as in years past, and as our nation’s forefathers had and who acknowledged the authority of God and were committed to obey His commandments.

(Excerpt) – “We were the only family with children in the restaurant. I sat Erik in a high chair and noticed everyone was quietly sitting and talking. Suddenly, Erik squealed with glee and said, ‘Hi.’ He pounded his fat baby hands on the high chair tray. His eyes were crinkled in laughter and his mouth was bared in a toothless grin, as he wriggled and giggled with merriment ….