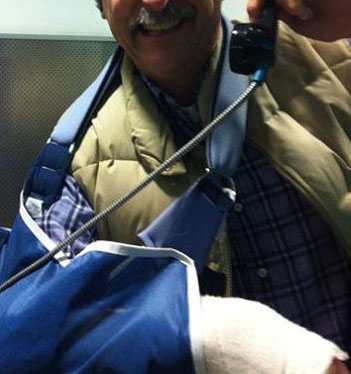 In my previous post entitled “Coincidence or Godincidence?” I asked you if you believed in divine intervention, or whether you attributed significantly related events to coincidence. Let me phrase that differently. When the simultaneous occurrence of events appear significantly related, do you believe that they have no causal connection or do you believe they have a divine connection? Many of us who tend to doubt and deny aspects of experience that aren’t measurable and verifiable, might say, “Oh, that’s just coincidence”.  But what if that coincidence occurs multiple times for the same event?

It was the end of October 2012 that Storm Sandy caused much damage to the North East. It was the second most catastrophic storm in US history, just behind Hurricane Katrina. The storm was also not just an atmospheric storm but also a personal storm for me. It was a time that I could have relinquished to despair and blamed God for my misfortune. Let me take you back.

The day before Storm Sandy came ashore and wreaked havoc with much devastation, I fell in my driveway and fractured my wrist in two places and crushed it. The doctor would give me the bad news that I would have to have surgery. But for some reason, I declined the surgery, and asked if he would set the fracture the old fashioned way. What would the worst case scenario be anyway, that I would have to return a couple of days later for surgery if it didn’t work? So the doctor agreed, but not without first disapproving of my request.  So he set my broken wrist in a temporary splint and bandage, supported only by a sling. When Storm Sandy finally hit, electricity was out for days and weeks in some places. I would not see the doctor again for another 1 ½ weeks due to a State of Emergency and mass outages. God would remind me during those days of waiting, “Without faith it is impossible to please God” (Hebrews 11:6).

“You are responsible to be faithful. God is responsible for outcomes.” –
Quote by Jenni Catron

The day after I fractured my wrist, I went to church. During the service, I felt as if God spoke to me and said “Bill, you are healed”. Did I actually hear God speaking, or was I certifiably crazy? Did I really feel a surge of warmth travel through my arm when the pastor anointed me with oil, laid hands on my arm, and prayed over me?

In the days following Storm Sandy, God would comfort me by His Word, reaffirming through His Word that I was healed. And it would be a number of events in sync with God’s Word that happened that would be that affirmation.

After Storm Sandy passed, I went out to look at the devastation on my property and found five “trees uprooted”.  Feeling somewhat discouraged, I went back in the house.  It was then that I randomly opened my Bible directly to a passage in Job, chapter 19 verse 10, that said “He breaks me down on every side, and I am gone; and he UPROOTED MY HOPE LIKE A TREE”. WOW!, that got my attention in a big way! I don’t believe that this was a coincidence. A day or two later, again I randomly opened my Bible directly to a passage in Isaiah, Chapter 58 verse 11 that said … “and the Lord will continually guide you, and satisfy your desire in scorched places, and GIVE STRENGTH TO YOUR BONES”. This was the second attention grabber. Several days later, again, God showed me Proverbs 3:5-6 that said “trust in the Lord with all your heart, and do not lean on your own understanding. In all your ways acknowledge Him, and he will make your paths straight.” If you continue reading on in Proverbs 3 verses 7 and 8, it says “Do not be wise in your own eyes; fear the LORD and shun evil. This will bring health to your body and nourishment to your bones.”

Although the word bones got my attention again in this last verse, I don’t believe God was  necessarily speaking to me here of physical healing only, but also of spiritual healing. Had I also continued reading the rest of Isaiah 58:11 after the word “bones”, I would have also seen that God was also bringing spiritual awakening and health to my soul for it said “and you will be like a watered garden, and like a spring of waters whose waters do not fail.”  A watered garden denotes continued prosperity and blessedness. Fruit is only desirable if it is sufficiently watered, otherwise the plant that bears it withers and dies and the fruit cannot be eaten. It is therefore God’s desire for us to be “like a spring of water whose waters do not fail”.

When I finally did get to see the doctor over a week later, he took x-rays. “So what is the verdict Doc?” I asked. “It is remarkable!” he exclaimed. “So are you going to put me in a hard cast now”, I asked.  “Not yet”, he said.  “Let’s wait and see”.  “For what?” I said.  Apparently he had reservations about stabilizing the wrist in a permanent cast for fear that it might revert to being broken. Over the next two weeks I went back to see him a couple of more times, and each time, he said that it was remarkable, simply amazing! “Do you believe in miracles Doc?” I asked. He answered back with a big “AMEN!”

On my next follow-up visit which was two weeks after he put me in a hard cast, he seemed perplexed. “Do you want to take this thing off?” he asked me. “Sure”, I said, equally perplexed.  And remarkably, it was one week later, after he took the cast off, that I played a concert with members of the NJ Flute Society.  Another miracle attesting to God’s divine intervention.

Coincidence, stranger than fiction, or divinely guided? What do you say now?